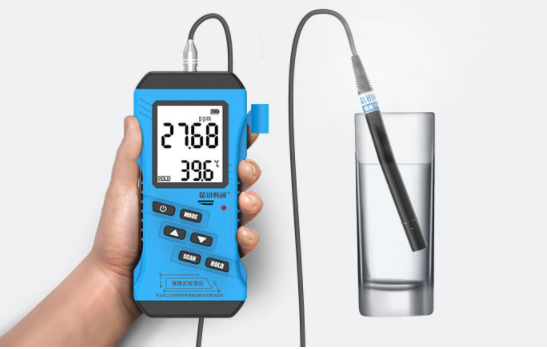 The portable multifunctional ion meter is also called the ion activity meter. It is used in conjunction with various ion selective electrodes to precisely measure the electromotive force of the primary battery composed of two electrodes. According to the application of the Nernst equation under different conditions, it is A smart water quality sensor.

The principle of this multi-parameter water ion meter to measure ion concentration is based on the potentiometric method. The essence of the potentiometric method is to measure the potential difference between the two electrodes under the condition of zero current (that is, the difference between the two electrodes is measured by the sample solution to be tested). Draw out the electromotive force of the primary battery) for analysis and measurement.

The ion meter must be used in conjunction with the ion selective electrode, which is an electrochemical sensitive element. It is an indicator electrode for measuring the activity of some specific ions in the solution by the potentiometric method. It can convert the change of non-electrical ion activity into a change of potential.